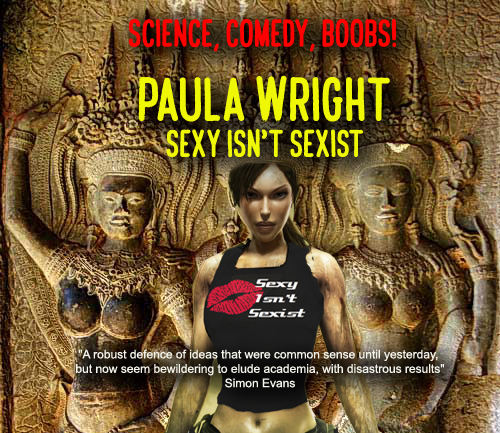 Discussing human sexuality is a tricky, if not fraught, enterprise today. Critiques of human sexuality abound in the popular and academic press. That’s why here, I would like to do something truly radical…celebrate it!

Today, I put to you the heretical notion that in a sexually reproducing, sexually dimorphic species, men finding women sexy isn’t sexist. That the ‘battle’ of the sexes gets far too much attention these days. That men and women are not at war. No. Men and women are at phwoarrrr!

I have the perfect place to start too. Everyone’s favourite. Boobs! Also affectionately known as jugs, knockers, bazongas, bazookas, weapons of mass distraction…

Or is that sexist? It seems to depend on who you ask. From Free the Nipple to No More Page 3, even feminists just can’t seem to agree about boobs. Are they sexy or sexist? Do they personify form or function? 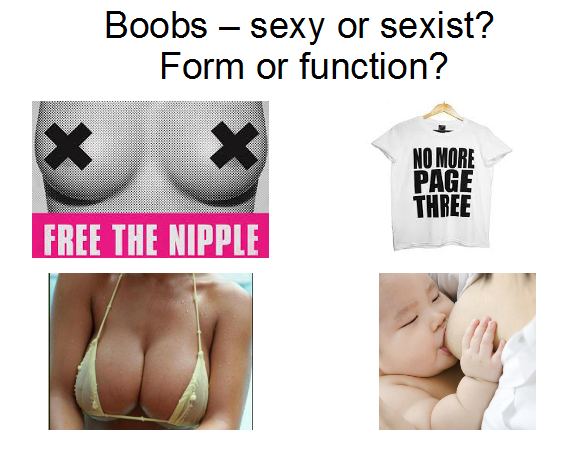 Well, it just so happens that the peacock’s train helps us answer this question.

Around 1860, Charles Darwin – to some the greatest biologist in history, to others, a cis-white-hetero-sexist-piece-o-sh!t – was developing his theory of natural selection, aka “survival of the fittest” when he wrote that the sight of the peacocks trail made him sick! There are still some people today who feel the same way about ladies jungle pillows.

Darwin said this because he realised that, contra to “survival of the fittest” there was no obvious survival function for the peacocks trail. It actually handicapped the dumb bird when trying to escape predators. Then the penny dropped! He realised that the train was there for decoration. For attracting attention. Further, for attracting the attention of mates.

In other words, to be sexually objectified by female chauvinist peahens. 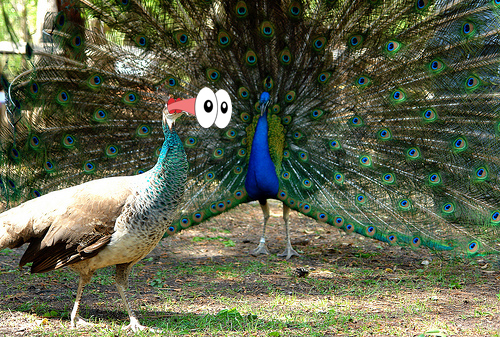 But what has this got to do with boobs? Boobs aren’t there just to be admired. Everyone knows that boobs have a job to do, and a much more noble one at that. It’s blindingly obvious to everyone that the primary job of boobs is to feed babies! The fact that men find them attractive and like to play with them, well, that’s just an unfortunate side effect. That’s nothing but a murky window into the deep pit of depravity that is the toxic male psycho-sexual imagination.

Well, I think it’s a bit more complicated than that. And I think, ladies, that we might need to let the lads – and the lezzers – have their baps and eat them here. 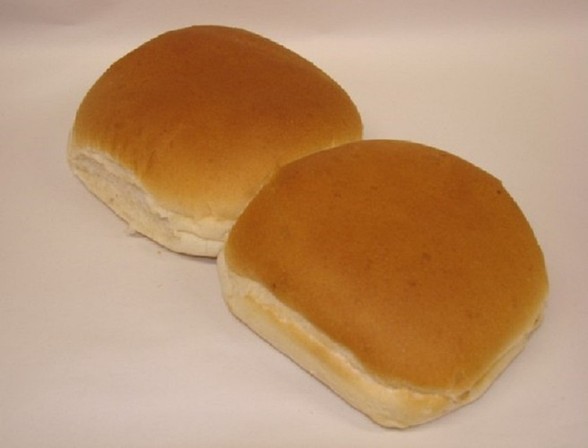 Because, consider for a moment the fact that we humans, in of over five thousand species of mammals on the planet, are the only ones to have permanently swollen bazongas. Other mammals have mammaries – as do we – which swell with milk when needed and then shrink down when it’s not, but only humans have permanently swollen “strategic gynoid fat deposits”. Why is that? 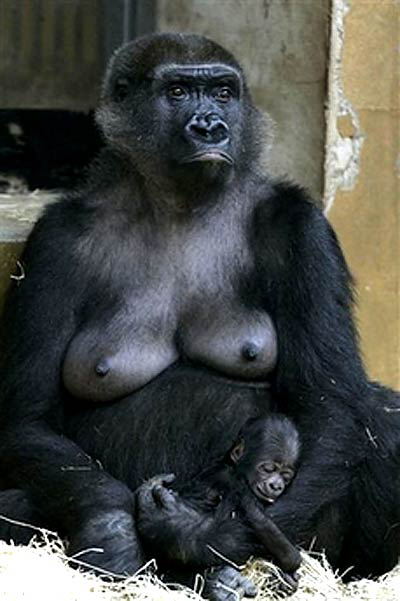 Female gorilla Zazie cradles her, as yet, nameless newly born male infant in Hanover Zoo, northern Germany, Friday, Jan. 11, 2008. It is the fifth child of male gorilla Buzandi and was born on Friday. (AP Photo/Joerg Sarbach)

Well, could it be, that though situated in the same place, and via a process called exaptation, mammaries and breasts are actually two separate organs with two separate functions? And the primary function of breasts is not for feeding babies but is, just like the peacock’s train, to attract attention? To attract the attention of mates…

To be sexually objectified.

Let that sink in.

Context is everything, of course. In an adult sexual environment they are  completely appropriate. At the breakfast table, in a family daily newspaper, perhaps not. There’s a reason erect nips make you uncomfortable when your seven year old catches you looking at them. And that’s because breasts are a biological signal of sexual maturity in humans; signals men (and women) find impossible to ignore. 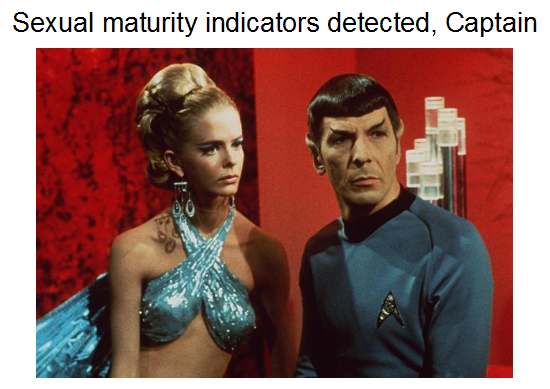 They don’t confer an obvious survival advantage. For example, they don’t help you escape predators, just like the peacock’s trail, and at certain times of the month can be a decided handicap. I can personally vouch for this fact because on day 21 of my cycle, I can’t even run for a bus never mind away from a predator – sexual or not! 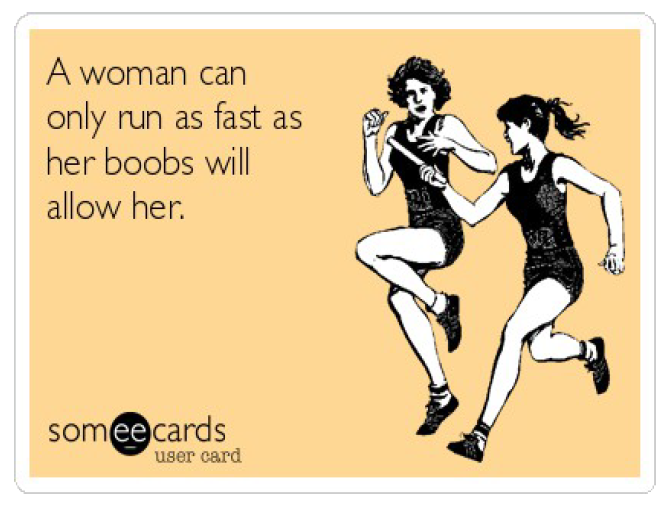 Breasts do however confer a reproductive advantage, one which literally means that they help you get fancied.

They don’t have to be massive chesticles. As we know they come in all shapes and sizes. They don’t even have to be real! They can be what’s called an honest or a dishonest signal depending on the ratio of fat to silicone. It doesn’t matter – the sexy trigger is embedded so deeply in male brain – and falsies have not been around long enough for men to evolve a chesticle cheater detection system – so they are still fooled!

We actually have evidence – robust scientific evidence – for this in the longitudinal study that is Pamela Anderson! And which is why, of course, fake boobs are one of the first “dishonest” signals  transwomen aquire. 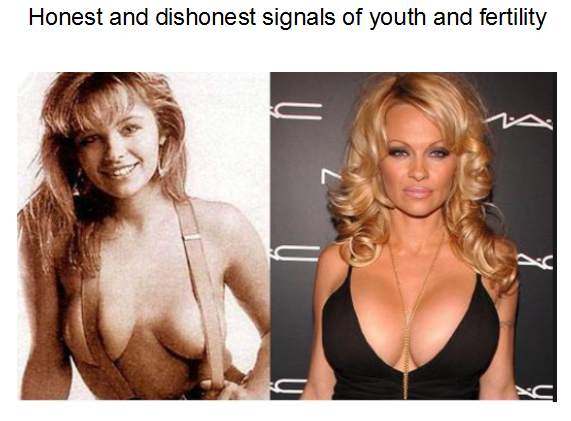 But fear not ladies, this is not a one way street! Evolution supports the equality of the sexes in sexual objectification and has allowed us females to pick, choose and shape the bodies and minds of men to include the stuff we fancy as well. This is why men are, on average, much stronger, have harder bones (that’s not a bone!), more upper body strength and muscle mass than women; primerily to fight other men… 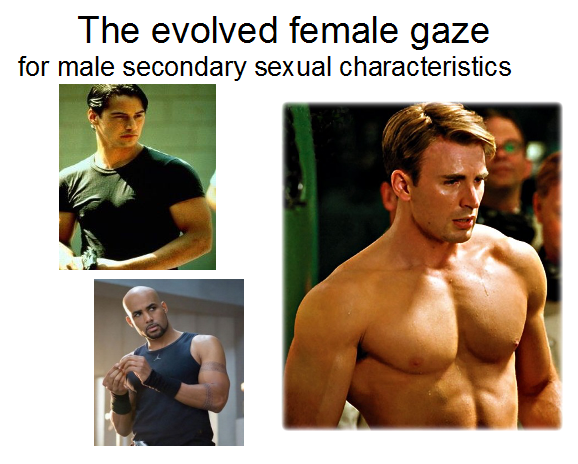 My point being there is a reason why more women would ‘do’ Tom Cruise than Ted Cruz, and it’s not social conditioning. And here lies the, ahem, rub for feminists. Men and women – and this includes gay men and women – fancy each other precisely because of their stereotypical sexual characteristics. In fact I will go so far to say that they are not stereotypical, they are archetypical. To paraphrase Shakespeare, they are the mark and glass, copy and book by which the sexes define one another in our psychosexual imaginations.

So, if feminists want less men in the world, stomping about doing archetypal “toxic” masculine stuff – providing for their families, doing shitty or dangerous jobs, fighting wars, well it’s simple. All they have to do is get us women to stop having their babies. Because that’s where the Darwinian tire hits the evolutionary road.

Now, as tempting as it sounds, there’s just something wrong with this picture of a gender neutral feminist paradise because it seems to me, what’s being described here, are men who don’t like women. And I don’t want me one of those. I want one that likes me and my sugar lumps. And for him to like my sugar lumps, he’s gonna have to have a sweet tooth generally. 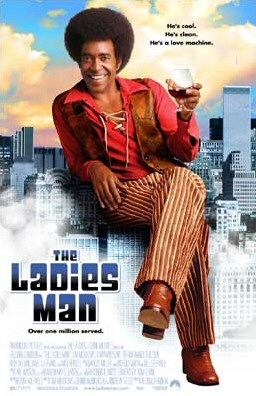 But what am I doing here talking to you about peacocks trains, Tom Cruise and Pammy’s puddings?  It’s not just to disparage feminism.

It’s actually to try and find a middle ground between the rising factions of angry men’s rights activists and angry feminist activists bellowing at each other, taking up all of our cultural space and leaving no room for positive, constructive, playful debate.

Because I think it’s important to celebrate why we find our romantic partners sexually attractive and, coming full circle, Darwin’s theory of sexual selection, kinky bedfellow to his theory of natural selection, helps us do that.

By emphasizing reproduction and cooperation. Something the humble boob/mammary encapsulates. Form and function – depending on the handler!

This is an adaptation of my stand up comedy routine Sexy Isn’t Sexist which I supported Simon Evans on the Newcastle leg of his Genius tour.